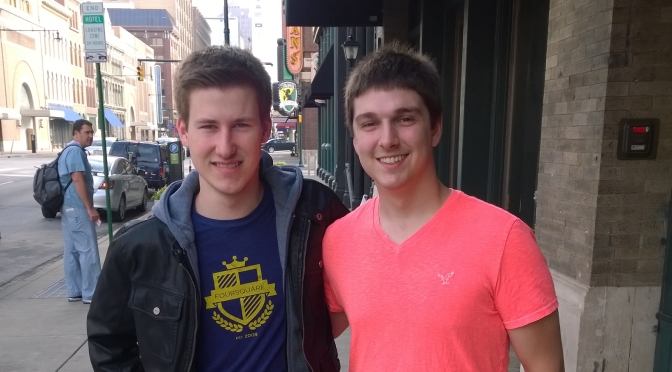 On Sunday morning, Whinnie and I woke up early (at the crack of dawn, basically) and ate at Mel’s Cafe for breakfast. A cab drive later, we said our goodbyes in the airport. Many tears were shed (actually none were, contrary to what Whinnie feared). We had a great time and saw a lot of the city in just a day. I hope we are able to visit each other again sometime. 🙂

(This was something I LOL’d at in Canada.) 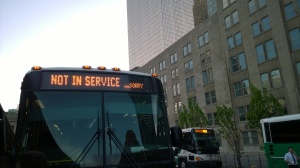 Now, unfortunately, I didn’t have a direct flight to Indianapolis from Toronto… so my first destination was Chicago airport (which I would end up visiting later on, too). The flight was only about an hour or so, but when I landed and go to my next gate, I discovered my flight had been canceled and that I had been bumped onto a later flight….

What did that mean? I had to spend 4+ hours in an airport. So I watched the MLG stream of Super Smash Bros. Melee (which was very entertaining).

Finally, FINALLY we boarded (it was delayed, too, which meant more waiting) and flew. For 45 minutes. I could have driven up there in a fraction of the time. But wait, it gets better! When I landed, I had to wait twenty minutes for my bag to appear in the baggage claim! And after that, the taxi service was so inefficient that I had to wait another fifteen minutes in line until a taxi showed up! And then, even though the cab driver said he took credit cards, at the very end of the ride he discovered his card reader didn’t work. So I had to stop by an ATM and grab cash!

Needless to say, I was a bit frustrated at this point. But the room I had to myself at the hotel made up for it. SO. Much.

I slept comfortably that night. But it would be my third night in a row of getting 4.5 hours of sleep. Ohwell.gov.

The next morning, we had the AM event that was at a great venue in downtown Indianapolis. It was spacious and had great air conditioning (perfect for the warmer temperatures in Indy).

Because he found out I was in the area, Taylor Brazelton reached out to me via Twitter and asked if I was available to meet. So during my break, Taylor picked me up and showed me around downtown Indianapolis. It was great to finally meet him, since we’ve been following each other on Twitter for quite some time and have a shared passion for Microsoft and technology.

We went to Rocket Fizz which is a candy and soda shop first, and went to the mall in the area and hung out at his place. I ordered Chick-Fil-A for the first time! Taylor and I talked tech, life, and other things.

He was also able to go to the PM Surface event that day, which had an especially active, responsive audience. It was a great event.

Here are some of the pictures I drew with the Surface Pro 3, via the Pen, on OneNote.

Eventually Taylor and I had to say our goodbyes but it was great to meet him in person. Hopefully he can visit me in Seattle sometime! 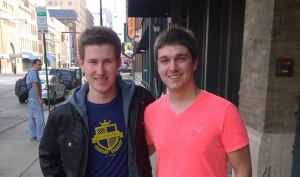 Stephen (MSFT guy) met Ariel and I at our hotel and we began our drive to Chicago. After several hours of driving, he gave us a great tour of Chicago and bought us lunch at Al’s #1 Italian Beef which serves legendary Chicago-style beef, hot dogs, and more. Delicious! 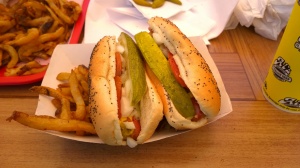 I love this city so far. I want to explore it more for sure, so I might edit this blog post later with embellishments on the rest of the day’s activities.

Edit: So I have decided to do so.

Ariel and I explored downtown Chicago. There was a large amount of people near Cloud Gate (location of The Bean) because some band I didn’t know was playing. Here are some pictures!

Then I met up with Destiny and a few other folks for dinner at David Bruke’s Primehouse. Fantastic place!

Tomorrow is the final event of the series for me. I’m excited but saddened at the same time. There are supposed to be a lot of people at this event – should be great!

I do presentations for Microsoft.

Here I will share my experiences of travel across the world.